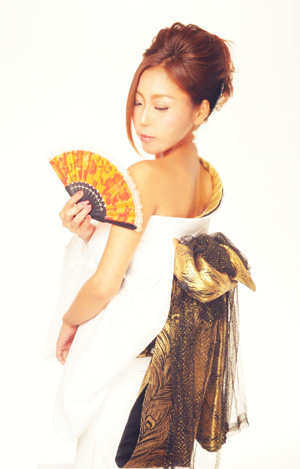 Having been interested in fragrance for most of her life, Moe has been making original soaps and aromatic agents since childhood. Upon turning 15 years old, she travelled overseas to the United States, France, and England to study in the fields of medicine, beauty, design, and culture.

Moe was deeply impressed with the uses of alternative medicine and began studying the effects of aroma, which is often utilized by medical practitioners in France. She became qualified as a medical herbalist, and obtained qualifications issued by the International Federation of Aromatherapists (IFA).

Upon her return to Tokyo, she has not only been active in the fashion industry, including being the designer and PR professional of a famous fashion brand, but has also been involved in medical and beauty businesses, introducing medical news from around the world through media, public relations of various clinics, and perfume consultancy.

Every product or idea created by Moe stems from her strong passion for culture, design, and fragrance. From her long experience of living overseas, Moe was reminded and deeply touched by the delicate beauty of traditional Japanese culture. Moe realized that whilst it is vital to retain Japanese tradition, it is also necessary for it to evolve. In other words, by evolving into a more modern style that better fits the lifestyles of today, cultural tradition is in turn preserved and passed on to the modern generation. The Japanese Folding Fan, born through delicate skill, cherished tradition and the sprit of Japanese culture, is now able to take on new forms and functions through modern design. Amongst her many other designs, Moe has chosen the folding fan, a symbol of Japanese culture, as her main representative work. Her desire is to add new, evolutionary elements to the traditional folding fan, such as the use of new materials and fragrances.